We are a Not for Profit Charity,  proudly serving the needs of the Community throughout Ireland since 1876 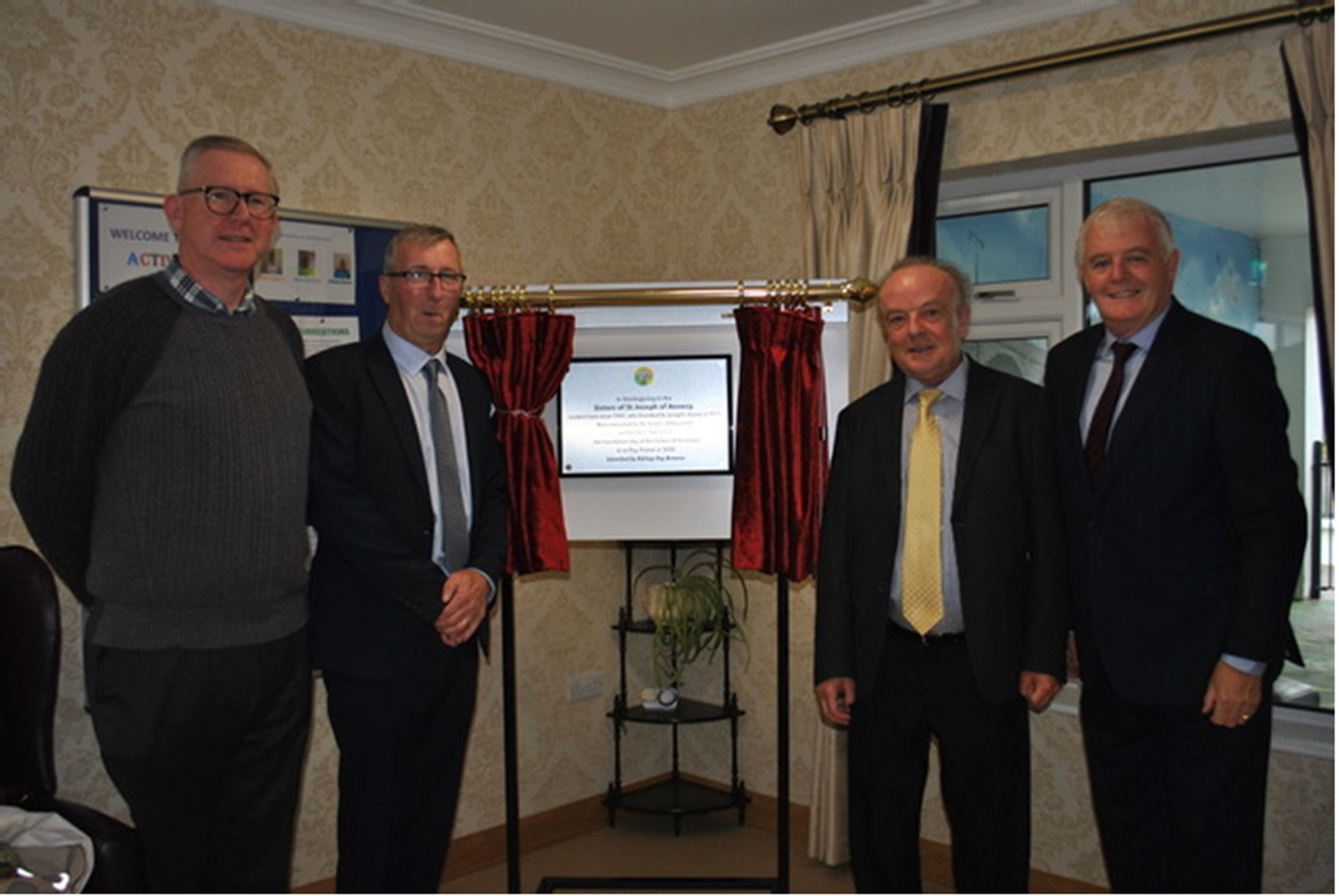 Entrusting St Josephs Home to the Sisters of Nazareth

The celebration Mass by Bishop Ray Browne, to mark the occasion as the Sisters of St Joseph’s of Annecy entrust St Joseph’s Home to the Sisters of Nazareth and Nazareth Care for the continuation of their mission, took place on the special day of 15th October 2022.

In 1943 four Sisters moved to the current house in Killorglin. The house was first used as a juniorate for the sisters of St Joseph. Sr Malachy soon joined the community and, as a qualified nurse, began her outreach service for home night nursing. Other Sisters, notably Sister Dominic, visited the elderly sick in their homes and worked in conjunction with the local Vincent de Paul.

After much prayers and discernment, the decision was made to construct a residential home for the elderly which opened in 1971. It was a welfare home, and the residents were very much part of the home ‘community’, some of them helping to set tables and taking an active interest in the running of the home.

There were 32 residents to start with. Some residents at the home were well enough at the time to be able to go into Killorglin and enjoy some independence. Sr Josephine was the first matron and staff were locally employed, as well as a band of volunteers helping with activities in the Home. A Chapel was added in 1984. Sr Mary of the Sacred Heart later replaced Sr Josephine as matron.

In consultation with the HSE the nursing home evolved from a welfare home to a Nursing Home. While Sr Mary of the Sacred Heart was matron, the HSE asked them for a palliative care room and three respite care rooms. In 1988, two extensions, consisting of eight bedrooms and larger dining space was added. The home now had 40 beds, the original 32 and 8 private beds.

Over the following years further development took place, in 1995 major fire safety work to update already existing measures, and in 1996 further facilities were made available for staff and residents – a new staff dining room, staff changing room, a hospice room and a conference-room. A new laundry was built in 1999. These works were primarily funded by the sale of land belonging to the Sisters.

Sr Mary’s health gave cause for concern, and she was replaced as matron by a lay person because there was no Sister to replace her. Around this time healthcare legislation in Ireland changed, with the introduction of a new regulatory agency, HIQA and a Nursing Home Support Scheme known as Fair Deal was introduced to the residents. The trustees of the Sisters of St Joseph became recognised as the registered providers with Sr Helena as the registered providers representative.

HIQA imposed new standards and the physical building was non-compliant in accordance with the standards set out by HIQA. The mammoth task of reconfiguration of the building began. A process that lasted several years and we are grateful to the people of Killorglin for the number of fund raisers and especially those who gave of their time and expertise who came to our aid to make this possible. This has resulted in the modern, bright beautiful building that is St Josephs today. The original family welfare home had over the years become a highly regulated nursing home with many added responsibilities as to its governance and management.

For 50 years the Sisters of St Joseph have contributed their part to the care of the sick and elderly in Killorglin and now the time has come to pass the reins to another. As St Joseph has watched over the home for the last half century, we are sure he will rejoice that the baton is now passed to the Sisters of Nazareth with its special links to our special saint. We are very grateful to Nazareth Care who now take responsibility of the operations of the nursing home for the people of Killorglin.

To mark the occasion, the Sisters of Nazareth presented a tree to the Sisters of St Josephs. This traditional Irish oak is the sessile oak, and was planted in front of the Nursing Home. The oak is a symbol of endurance and presence. Custodians of the tree might come and go but the tree will always remain. 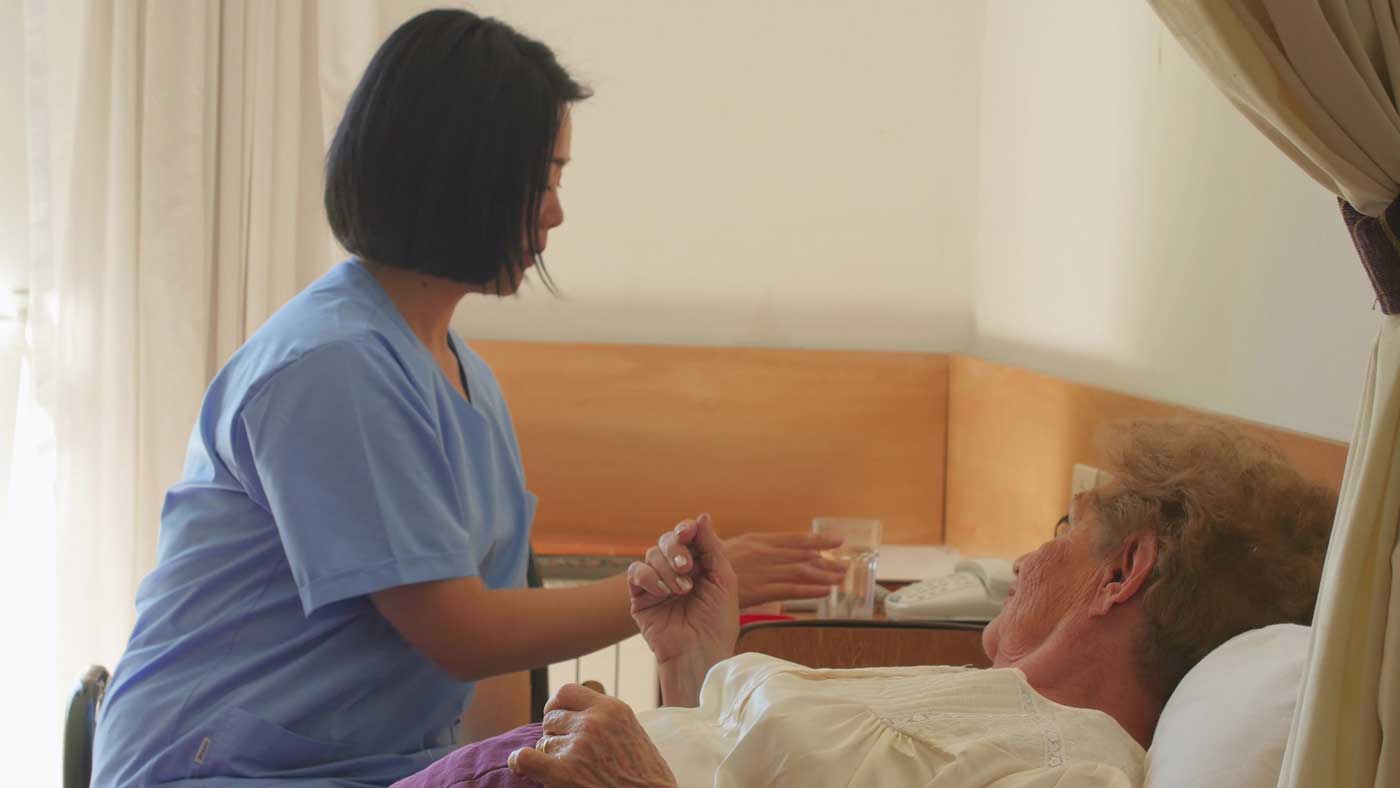 Nazareth Care Ireland is proud to announce a new Dysphagia Management Strategy implemented across all its facilities in both Northern Ireland and the Republic of Ireland. This includes the development of new policies and procedures that train all its staff in the management, medicine optimisation and guide on assisting Residents with Dysphagia, to eat drink and swallow safely.

Entrusting St Josephs Home to the Sisters of Nazareth

The celebration Mass by Bishop Ray Browne, to mark the occasion as the Sisters of St Joseph’s of Annecy entrust St Joseph’s Home to the Sisters of Nazareth and Nazareth Care for the continuation of their mission, took place on the special day of 15th October 2022. 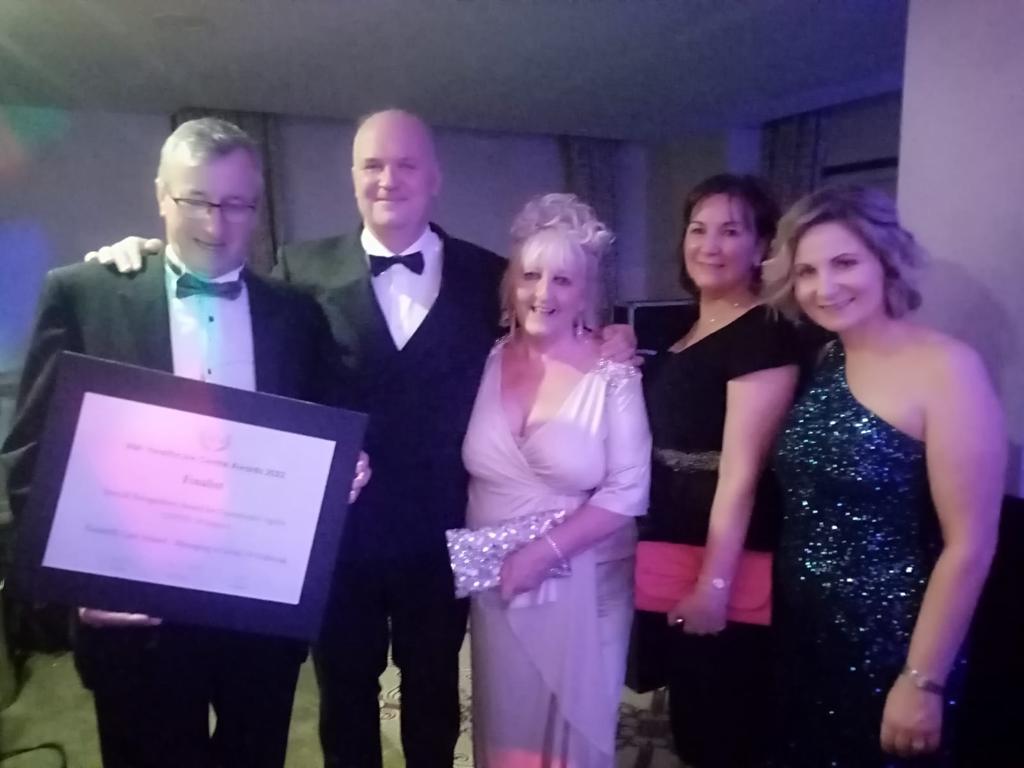 Nursing Home of the Year

While the comfort and satisfaction of our residents is our marker of success, we at Nazareth Care Ireland are extremely proud of the recognition and awards that we received this past year. Amongst many awards and recognition, Nazareth House Care Village in Northern Ireland received the award for NI Nursing Home of the Year 2022.

This website uses cookies to improve your experience while you navigate through the website. Out of these cookies, the cookies that are categorized as necessary are stored on your browser as they are essential for the working of basic functionalities of the website. We also use third-party cookies that help us analyze and understand how you use this website. These cookies will be stored in your browser only with your consent. You also have the option to opt-out of these cookies. But opting out of some of these cookies may have an effect on your browsing experience.
Necessary Always Enabled
Necessary cookies are absolutely essential for the website to function properly. This category only includes cookies that ensures basic functionalities and security features of the website. These cookies do not store any personal information.
Non-necessary
Any cookies that may not be particularly necessary for the website to function and is used specifically to collect user personal data via analytics, ads, other embedded contents are termed as non-necessary cookies. It is mandatory to procure user consent prior to running these cookies on your website.
SAVE & ACCEPT
error: Content is protected !!